History is the set of experience, failures and achievements, that build people character. It took more than 140 harvests to Enrico Serafino to define its personality. Meanwhile, around the world, events follow one another and shape our future. 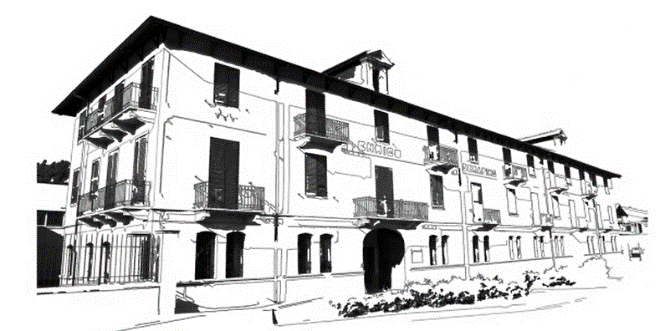 Enrico Serafino, heir to a rich family from Romano Canavese not involved in wine growing, moved to Canale, in the heart of the best area of Piemonte wines production. Carrying out an act of strong will, he begins the production of Barolo, Barbaresco, and Metodo Classico:
the Enrico Serafino winery was born.

Umberto I, becomes King of Italy. 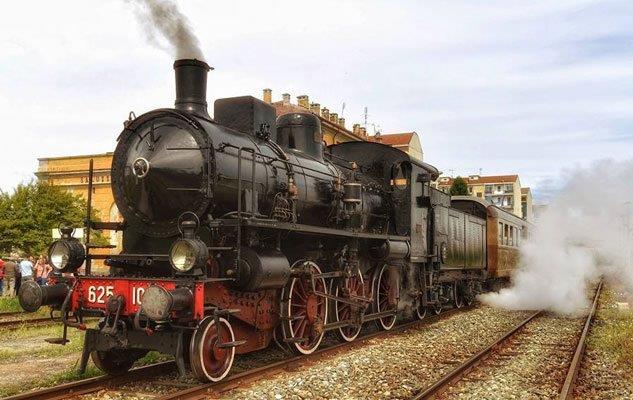 Canale confirms being a great location for Enrico Serafino. Access to the Turin-Genoa railway line opened the Asti-Canale link (1882-1935), which gave us a real advantage to transport wines. 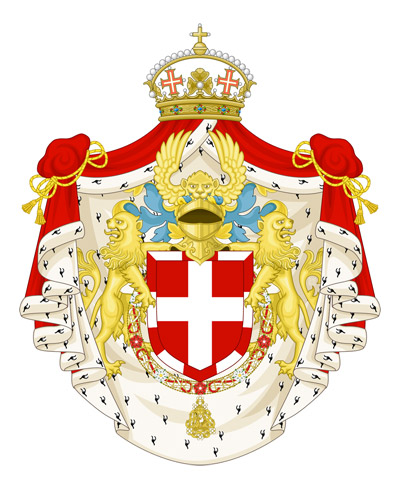 Enrico Serafino continues to spread its reputation. The winery obtains the title of “Provveditore del Duca di Genova” (Appointed by H.R.H. The Duke of Genoa) and can display the crest of the “Real Casa”.

The meridian conference takes place in Washington and the Time Zone system is adopted. 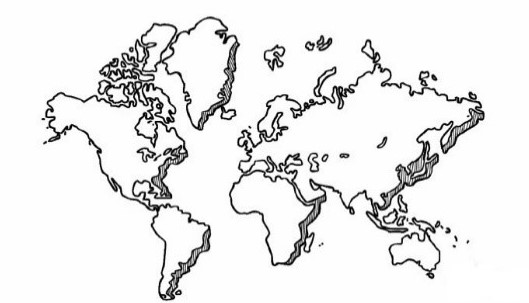 Enrico Serafino sends its wines abroad starting from Europe heading to the Americas. 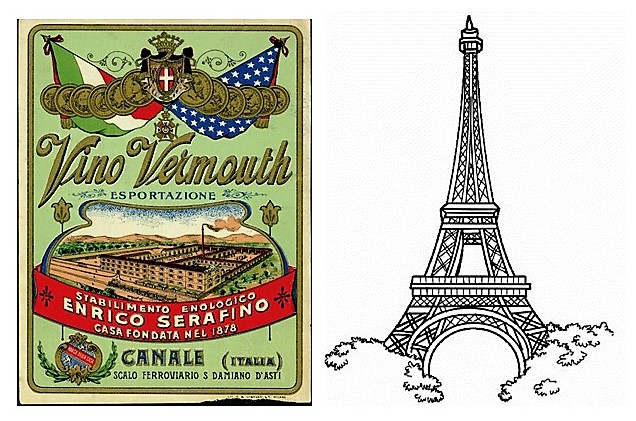 Enrico Serafino takes part and wins medals at the first Universal Exposition of the 20th century in Paris with his wines: Barolo 1897, Nebbiolo Secco 1898, Barbera Secco and Red Vermouth.

August and Louis Lumière, inventors of the cinema projector, triumph at the Paris Exposition Universelle. 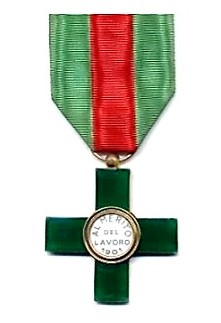 Enrico Serafino is named “Cavaliere del Lavoro”. The winery is accredited in Italy and abroad among the most reputed producers of luxury wines. 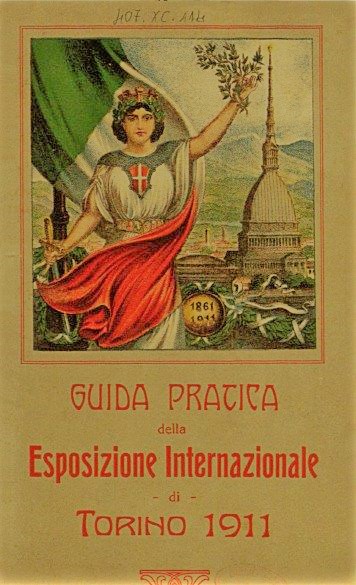 Enrico Serafino is one of the few producers invited to attend the International Exhibition in Turin, celebrating 50 years of Italian reunification. La Stampa wrote “Part of the master of the oenology, Enrico Serafino is very reputed and valued”. 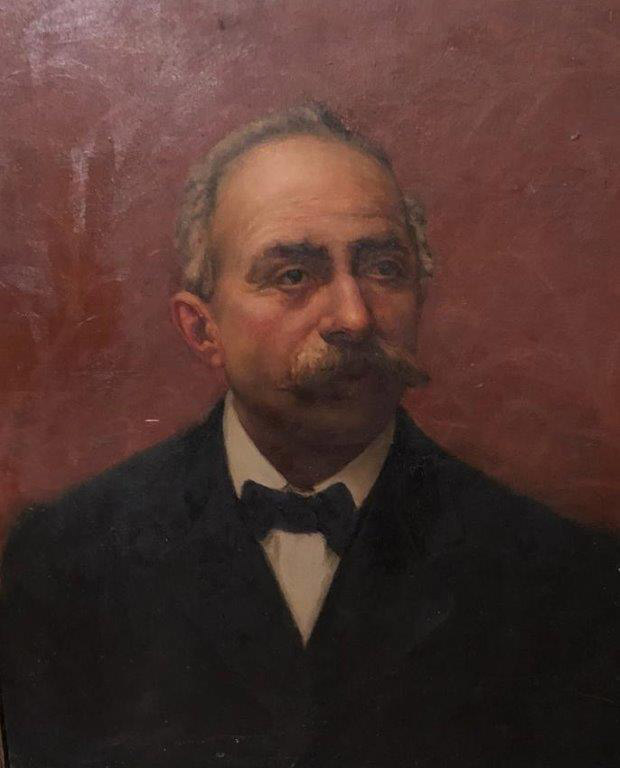 On the 22nd of March, Enrico Serafino dies recognized as a true patriarch of Italian wines. His sons took the helm of the winery.

End of World War I.

Enrico Serafino’s Grignolino is served to the 28th U.S. President Woodrow Wilson in Turin during his official first trip in Europe after World War I. The winery faces a fire that damages a part of the main buildings.

Woodrow Wilson’s dream becomes a reality after the League Covenant is adopted at the Paris Peace Conference. 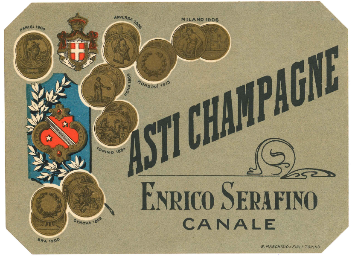 Robert A. Millikan confirms the existence of cosmic rays from outer space. 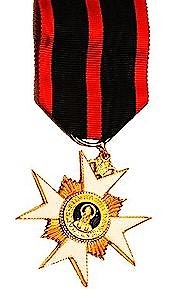 The social commitment around the winery for many years has been underlined by the “Croce di Cavaliere dell’Ordine di San Silvestro” conferred by the Pope Pio XI to Luigi Enrico, son of the founder. 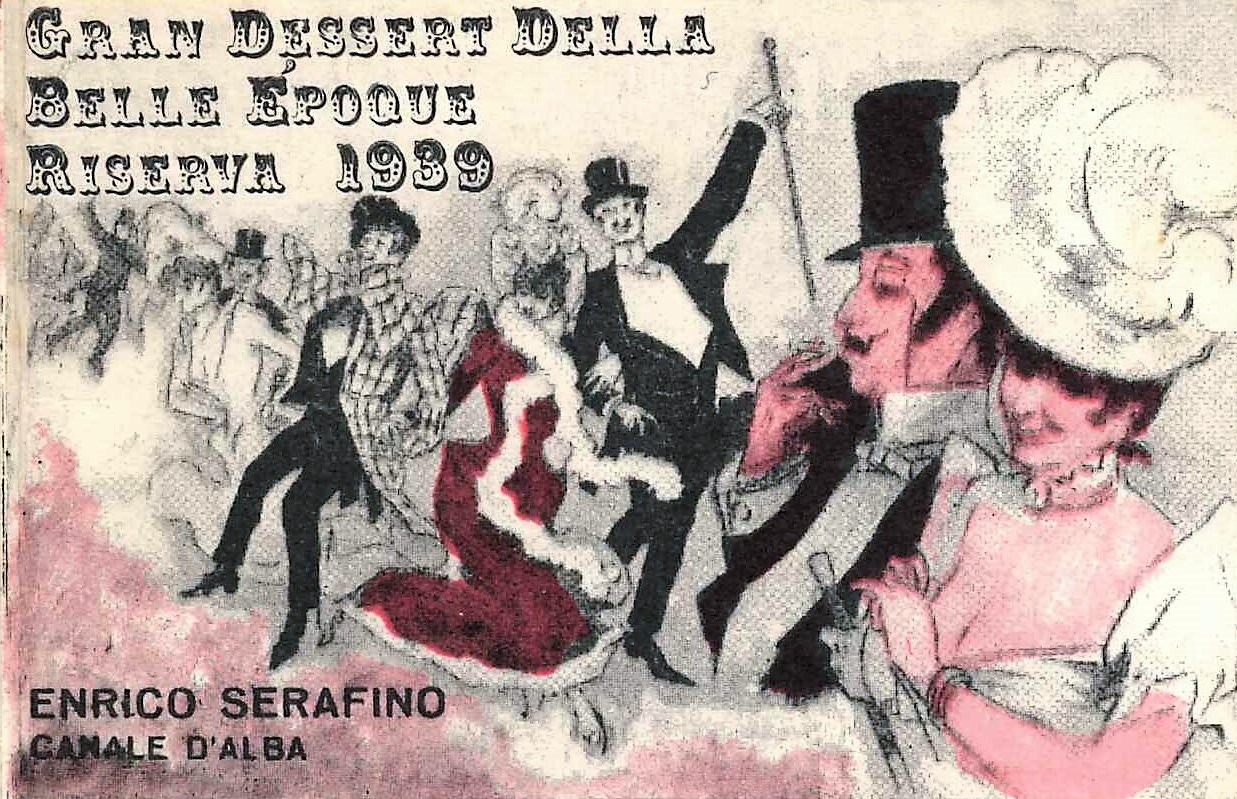 Enrico Serafino releases the special “Gran Dessert della Belle Epoque” that will soon become a must have. This wine is an Erbaluce di Caluso Passito and was the only one link with the founder’s origins (Canavese area).

The winery receives “Fedeltà del Lavoro” award from the Cuneo Chamber of Commerce and a gold medal for decades of activity in the wine sector.

Cosmonaut Alexey Leonov is the 1st person to Walk in Space. 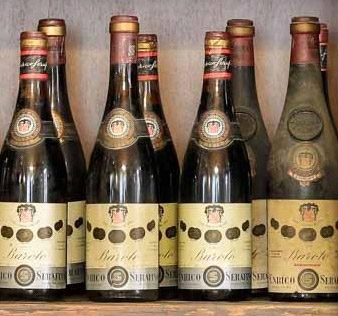 After the creation of the Barolo and Barbaresco DOC, Enrico Serafino is allowed, by acquired historical rights, to conduct the entire winemaking process in its cellars in Canale, outside the regular areas, because of the importance of the winery in the history of these wines. 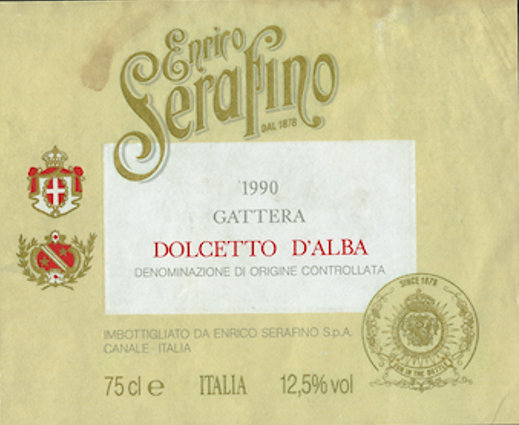 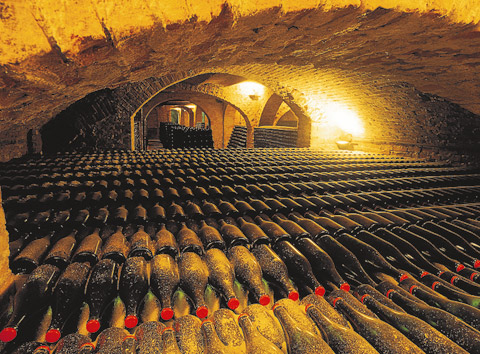 The first bottle of the future Alta Langa DOCG is released: this is the first step on a very long path.

The Euro currency is introduced. 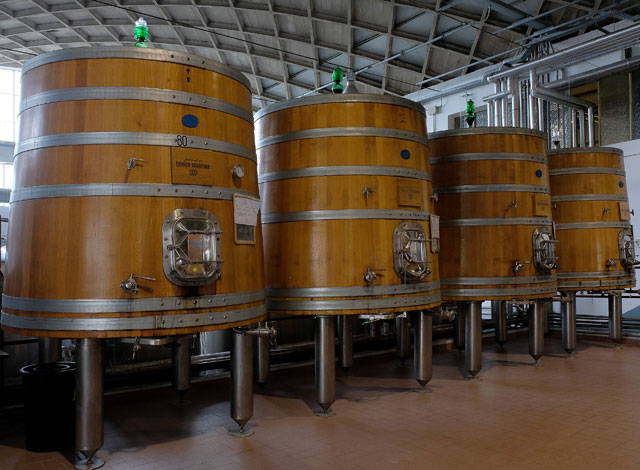 Enrico Serafino becomes part of the Wine branch of Campari Group, who continues to invest in new winery equipment focused on quality.

350,000-year-old footprints of an upright-walking human have been found in Italy.

The first bottle of the ZERO Alta Langa Metodo Classico vintage 2004 is released: a star is born.

CERN scientists announce their discovery of neutrinos breaking the speed of light.

The vineyards and landscapes of Barolo, Langhe, Roero and Monferrato become a UNESCO World Heritage site.

In the same year, ZERO Alta Langa Metodo Classico is awarded as Best Italian Sparkling Wine of the Year by the prestigious Gambero Rosso Guide.

The eastern basin of the Aral Sea had for the first time completely dried up. 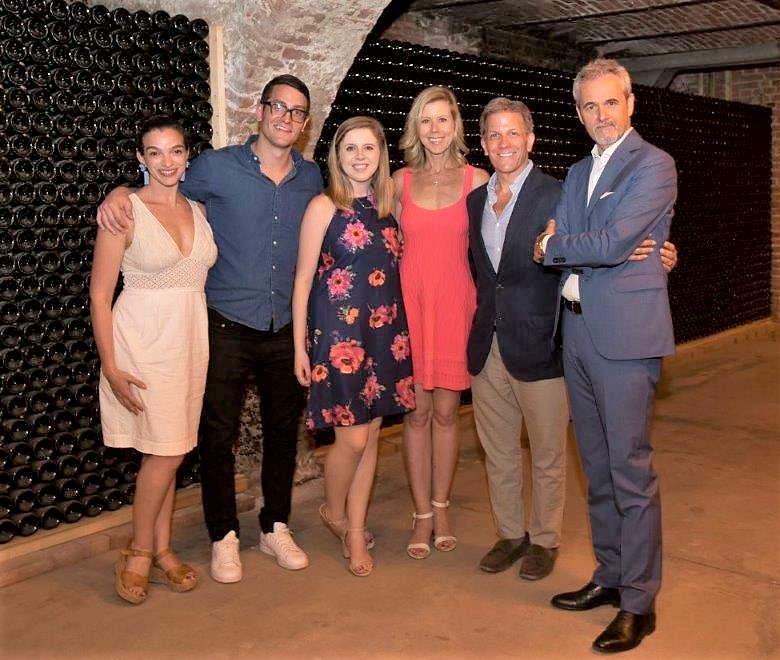 The Krause Gentile family becomes the owner of the winery continuing the legacy of Enrico Serafino. Nico Conta, a veteran of the Piemonte wine world, is named President.

Its first investment in vineyards is 3,5 hectares in Serralunga d’Alba (Barolo MGA). 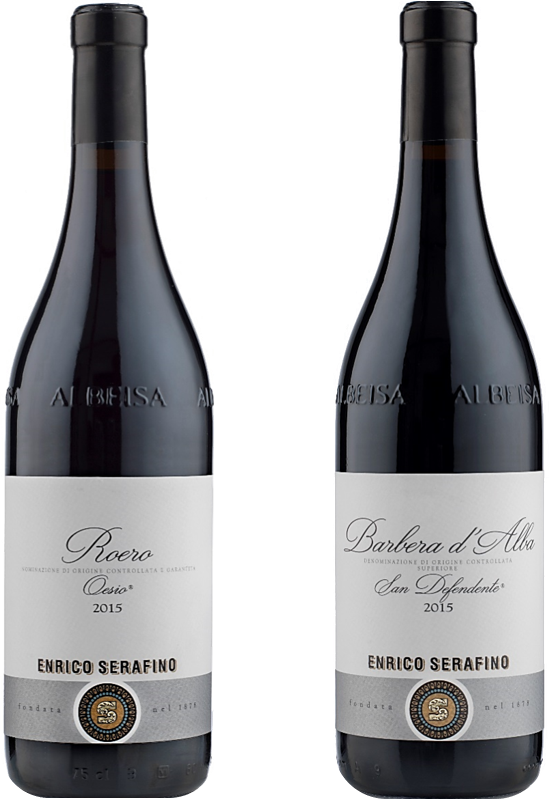 As a result of this acquisition, first single vineyards’ wines are released: Oesio Roero and San Defendente Barbera d’Alba. 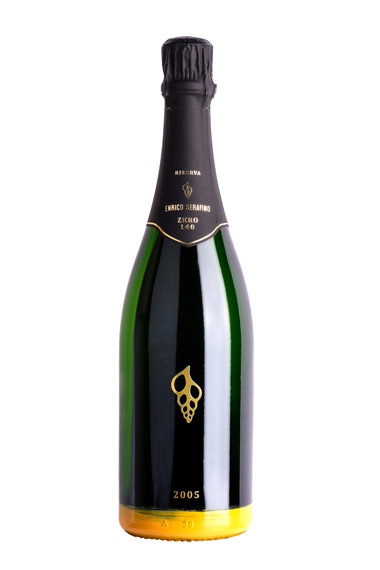 First bionic hand with a sense of touch, for use outside a lab unveiled in Rome.

The first photo ever of the black hole is taken is in the galaxy Messier 87 and confirms the theory of Einstein.

Enrico Serafino opens up its collection making available some of its characteristic wines and spumanti.

For more information and tours booking, please contact us.

You can choose which cookies to accept by selecting or de-selecting the categories that interest you and confirm your choice by clicking on the "Save Settings" button.

The necessary cookies are used for the proper functioning of our website, do not collect sensitive data and cannot be deselected.

Marketing cookies allow us to show you relevant and interesting ads on search engines and social networks, or other commercial messages in line with your tastes and preferences.

Accept all Save settings